Benefits of choosing Cassandra for your data 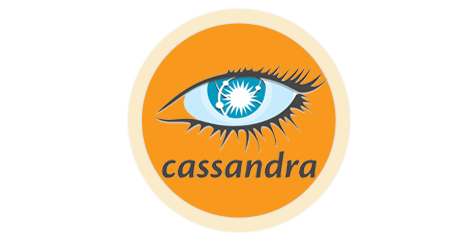 Choosing the right tool for a project can sometimes be easy. For example, to drive a nail, the obvious choice would be a hammer. Other times, the choice is not as easy or obvious. A data engineer, like a good carpenter, needs to know that different tasks require different tools. Selecting which database will hold your data has many factors to consider before a decision is made.

Apache Cassandra is one of the many tools that a data engineer should know how and when to use. By the end of this post, you should know the benefits that Cassandra offers. Hopefully, this will help your decision of choosing a database for your data.

What is Apache Cassandra?

Apache Cassandra is a fully distributed, column-oriented, peer-to-peer database that offers linear scalability and high availability. It was born at Facebook from a need for a database to power their Inbox Search. At the time, papers on Amazon’s Dynamo and Google’s BigTable had been recently published. Cassandra borrowed ideas from each by bringing together Dynamo’s fully distributed design and BigTable’s data model. The result was a globally available and eventually consistent database.

What are Cassandra’s benefits?

Cassandra offers advantages that relational and other NoSQL databases cannot match. Being continuously available with linear performance scalability and tunable consistency are just a few of the benefits that come to mind.

Cassandra’s peer-to-peer design allows no single point of failure. That’s worth repeating; no single point of failure. This may be one of the single most important features of Cassandra. Cassandra is designed to stay up and running during failures. That means the system will always be available, even when you lose machines in the cluster. This continuous availability even works across multiple data centers.

Due to it’s architecture, Cassandra performs reads and writes very well. It’s write path for data is faster than most all other databases on the market. The beauty of Cassandra shines when scaling the cluster, though. It has the unique benefit of growing performance linearly. If you are getting 10,000 writes per second with 10 nodes, then you’ll see 20,000 writes per second when you scale to 20 nodes. The same is true for reads. This makes capacity planning so much easier, because it’s that simple to predict. Add twice the nodes, you’ll get precisely twice the performance.

Cassandra works off of the idea that data is stored on multiple nodes. That idea is called it’s replication factor. To store the same piece of data on 3 of the nodes in your cluster, you would set up a replication factor of 3. This means that every single write you send to Cassandra will be replicated to 3 nodes. However, getting that piece of data to all the necessary nodes can take a small amount of time. What if I want it to go faster? Maybe I don’t necessarily need to wait for all the replicas to have the data. The answer is to let the client determine how many nodes need to have acknowledged the data before the client can move on with the next task. If the data needs to have a fast ACK response, then the client can set the consistency to a lesser level. This is called being eventually consistent. The data will still end up being replicated to the appropriate number of nodes, but the write isn’t held up for the replication to occur.

Cassandra’s data model is a blend of key-value and column-oriented database storage principles. It allows developers to think of the data in familiar table structure. Every column consists of 3 parts, the column name, the column value, and a timestamp. This is also referred to as a tuple. The beauty in this design is that if there is ever a collision, then the column with the latest timestamp wins. Columns can be normal stuff like text/numeric, or more advanced like maps/sets, or even more complex like JSON. It’s all valid. Every table’s row has some column(s) that is/are specified as it’s primary key(s). The value of these key column(s) are hashed together into a single value. That value is used for placement in the cluster ring. Unlike traditional databases, every row can have a different number of columns up to 2 billion columns worth. It’s all very flexible. When designing tables, it’s important to remember two things. First, a single table is meant to serve a single query and, second, data duplication is encouraged.

Since Cassandra is open-sourced through the Apache Foundation, there is a very strong community presence. From getting questions answered on StackOverflow or IRC channels to filling bugs/improvements in JIRA, there is always someone willing to help out. Not to mention that DataStax offers a slew of tutorials on the proper usage for maximizing your Cassandra deployment. In my opinion, the community is Cassandra’s biggest strength.

Cassandra is written with Java’s Managed Beans to expose Java Monitoring Extensions (JMX). This is the way that metrics about performance, latencies, system usage, etc are streamed to other applications. There are many software tools that are in the market of consuming Cassandra specific JMX metrics. Some of them are DataStax’s OpsCenter, DataDog, and Grafana. Consuming the metrics is only the first part, though. Graphing and understanding those metrics are essential to running a healthy Cassandra deployment.

Cassandra Query Language (CQL) is a SQL-like syntax for interacting with Cassandra’s data. If you have a background in relational databases, then you’ll immediately recognize the SELECT, INSERT, UPDATE, DELETE syntax of CQL. The ideas transfer from other technologies to Cassandra. The two main differences is that table joins are not allowed and filtering must be done via the primary/clustering keys.

I hope this helps you when you need to decide to use Cassandra for your data. All of the benefits described above should give you an idea of what to expect when working with this fantastic technology. Please check out my many other posts on Cassandra to learn more.